Example of an Affiliate Site vs. Affiliate Business 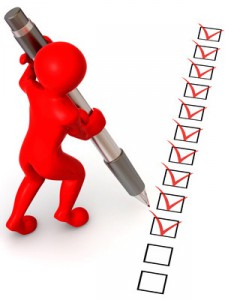 In the last post I talked about the fundamental distinction between taking an individual approach to an affiliate site vs. taking a business approach to your site.

My belief is that to be a business has nothing to do with how you produce your site, whether you outsource tasks or complete them yourself, but whether you think about all of the resources you invest into the site and what the return on those resources is.

To illustrate the difference between a personal site and a business site a little further, I”m going to provide two hypothetical examples.

Tom owns a site and commits 20 hours per week to developing the site. Since Tom hates SEO work, he outsources 5 hours a week of SEO optimization to an assistant, at $10/hour. After six months the site is over 400 pages of content and begins to earn a steady $300 a month. Since he only spends $200 a month in expenses ($10/hr assistant * 20 hours), he reasons he is coming out with a positive return, and is happy.

Sarah owns a site and commits 4 hours per week to developing content and 1 hour per week to social media promotion. She values her own time at a rate of $15/hour. At the end of six months, she has 100 pages of content and is earning around $100 per month. This didn’t meet her goal, so she decides to continue on a trial period for 6 more months.

The question is: which site is a business? Which is a better investment?

I’d argue that in this example Sarah has the beginnings of a business, while Tom does not.

From the description provided, Sarah shows evidence that she is thinking about the asset she is creating in terms of the entire spectrum of resources spent creating it. Tom, on the other hand, is only considering his financial expenses when deciding if he has a positive return.

Even though Sarah’s earnings (and site size) is lower than those of Tom, her process is more likely to yield success in the long run. Sarah understands that her time is valuable, and has set personal goals that justify her time involved. She’s right to be skeptical about the business until she meets those goals.

One way to think about this example is to think about scalability. Even though Tom earns more money with his site, is his process one he can scale up? Unless he can find someone to work 80 hours per month for $100 (subbing out his personal time spent), he will very quickly run into a resource roadblock.

Sarah, on the other hand, could potentially scale up her site because she has clear metrics to evaluate her performance. Having clear metrics coupled with an awareness of all the resources needed for success is the first, most fundamental step involved in establishing yourself and your site as a small business, rather than a personal project.